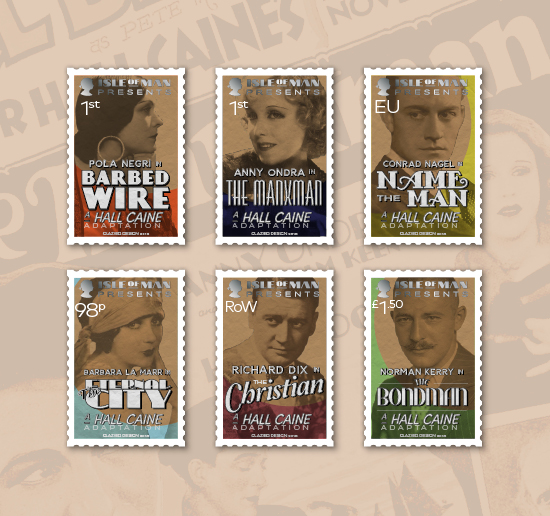 Together with Glazier Design, I am pleased to present six silent cinema showstopping stamps inspired by the popular Edwardian tales of one of the Isle of Man’s most illustrious and colourful characters, Hall Caine. The designs for the Isle of Man Post Office have been released and the stamps are now on sale.

The characters on the stamps come from a time of heavily stylised and beautiful black and white movies; the stars appeared in Hall Caine adaptations and are presented here on purposefully coloured backdrops to bring out the depth and style of the roles that they played.

Each of them has a narrative that links directly back to the creator of the character, Sir Thomas Henry Hall Caine – be it Pola Negri playing “The Vamp” in the adaption of Barbed Wire or Conrad Nagel in “Name the Man” the adaption of the Hall Caine novel “The Master of Man”. Hall Caine inspired a generation of film directors and producers to create these exceptional silent era movie stars. Here, Glazier Design have brought their characters to life for the Isle of Man Post Office

I am particularly pleased that the stamps feature the legendary Barbara La Marr, ‘The girl who was too beautiful for Hollywood’ as Sherri Snyder describes her. You should look at www.barbaralamarr.net, where her story is told.

The stamps have received wide acclaim in Hollywood and the world of film and television, but also from stamps fans around the world.

“Oh Shucks! Thank you from the bottom of my heart for this tribute to my father – they’re super… It’s humbling”
Bob Dix ( son of 1920s matinee idol, Richard Dix).

“What great stamps – just incredible way of remembering those movie stars who went before… A dying art unfortunately”
Matthew Dunne – Hollywood Producer – (Iron Man, Return of the Planet of the Apes)

Barbara La Marr’s stamp commemorates her starring role in The Eternal City (1923), a film based upon Caine’s bestselling 1901 novel of the same name. As the author of Barbara La Marr: The Girl Who Was Too Beautiful for Hollywood, I was honored to have been asked to provide photos for Barbara’s stamp, one of which (a portrait, not an image from the film) was chosen.”
Sherri Snyder – Actress, Biographer of Barbara La Marr.

I wrote the text  for the presentation pack:
“Ninety years after The Jazz Singer premiered to audiences in their thousands, we champion a select band of actors who have links back to the Island via the author Sir Thomas Hall Caine (1853- 1931). At a time when cinema celebrates one of the most monumental milestones to have affected the industry – the arrival of sound, better known as the ‘talkies’ – we pay tribute to some of the stars who brought Caine’s characters to life. During the end of the Edwardian era, Sir Thomas Hall Caine (1853- 1931) became one of the Island’s most famous residents after a string of his popular novels were adapted for the screen, with over half of these initially to be filmed on the Isle of Man (though Hollywood had different ideas). A few of his better-known novels were adapted to become some of the most important films in early cinema history, including The Eternal City (1915 & 1923), The Christian (1923), The Bondman (1929) and perhaps his
most famous, The Manxman (1929), which was one of the most eagerly anticipated film openings on the Isle of Man. These features made stars out of their cast of characters…”

1st -Pola Negri (1894-1987). The undisputed silent screen vamp made a monumental impact in Barbed Wire (1927). Dubbed ‘the monarch of all melodramas’, Negri swapped her usual glamorous garb for rags as a French, rather than Manx farm girl set in Normandy, France instead of the Isle of Man.

1st – Anny Ondra (1903-1987). Alfred Hitchcock cast golden-haired Ondra as the heroine, pregnant by one man but married to another in The Manxman (1929). Besotted with her, Hitchcock cast her next in his first ‘talkie’ Blackmail (1929). Despite her exquisite looks, her heavy accent was a hindrance; therefore her brief moment in British cinema didn’t last.

EU – Conrad Nagel (1897-1970). Nagel was dubbed ‘The Prince Consort’ during the 1920s following a series of successful leading roles opposite Gloria Swanson, Bebe Daniels and Pola Negi, however by the arrival of sound his career was beginning to wane. He survived playing a series of supporting male roles and later became a founding member of The Academy of Motion Pictures, Arts and Sciences.

98p – Barbara La Marr (1896-1926). Dark and exotic with extraordinary beauty and high IQ led La Marr to iconic film star status with a legion of fans. It was her wild private life which perhaps raised most interest; fuelled by the studios, there was fake accounts of numerous husbands, alcohol and drug use. Barbara died tragically young aged 29, from tuberculosis.

RoW – Richard Dix (1894-1949). Initially a stage star, Samuel Goldwyn plucked Dix for screen stardom as the statuesque male lead in Not Guilty (1921). His well-demeaning nature earned him a solid reputation. However, when ‘talkies’ arrived he found himself cast aside. The Stock Market Crash of 1929 dealt him a second major blow wiping out most of his fortune.

£1.50 – Norman Kerry (1894-1956). His handsome dark look made him an early matinee idol, starring opposite major stars of the day. As the lead in The Bondman, directed by Herbert Wilcox, his was Caine’s favourite film performance. A real-life action hero, he joined the French Foreign Legion at the start of WWII, returning to the U.S. when France capitulated to Nazi Germany.

Launched and on sale

The stamps have been launched and are on sale at

You can see the Glazier Design page here, where they talk about this collection and some of their others. 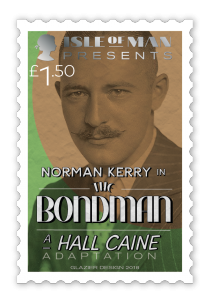 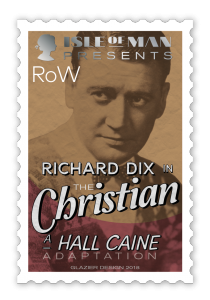 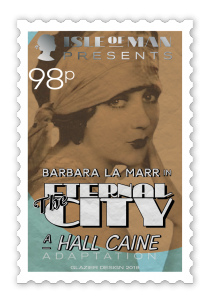 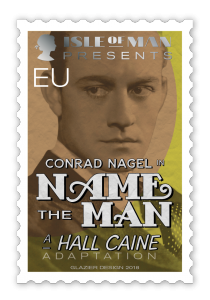 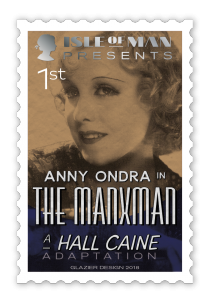 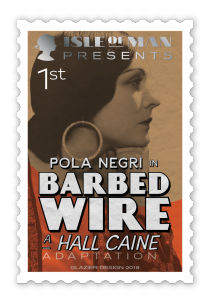