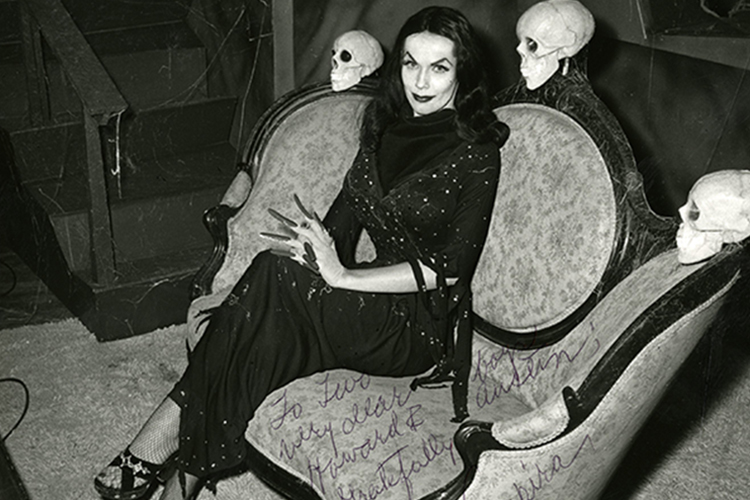 During the 1950s there was a Hollywood haunting – her name Vampira. In the heyday of TV, at a time when the studio system had started to crumble and popcorn made way for TV dinners, Vampira monopolised Friday night TV schedules. Dressed head to toe in Raven Black, the hostess introduced forgotten z-grade Hollywood horrors from the 1930s to a new audience. Father’s and their pubescent sons, along with Frank Sinatra, Liberace, James Dean and Elvis all tuned in. As tastes changed, Vampira vanished eking out a living selling grave-rubbings of her long-ago friends. And then came twins Austin and Howard from Surrey, bringing sunshine to where they’d been gloom.